Reducing inflammation and edema in pets

Hyperbaric Oxygen Therapy is a specialized medical intervention in which the atmospheric pressure is increased, delivering a higher concentration of oxygen to tissues. This is typically done by filling a chamber with a dose-specific amount of atmospheric oxygen or enriched oxygen.

The effect is an increased uptake of oxygen in the blood, plasma, cerebral-spinal fluids, and tissues. In addition, the vasoconstrictive nature of hyperbaric therapy has an added effect of reducing inflammation and edema.

Published studies in leading journals, such as The New England Journal of Medicine and Critical Care Medicine document the use of Hyperbaric Oxygen for the treatment of such indications as sepsis, acute carbon monoxide poisoning, gas gangrene, air embolism, severe and infected wounds, bone infections, burns, ulcers, and edema.

We have had success in neurological conditions such as intervertebral disc herniations.

We often combine hyperbaric oxygen therapy with surgery and other medical therapies that are designed to decrease inflammation and improve healing.

Please ask us about Hyperbaric Oxygen Therapy for your pet. 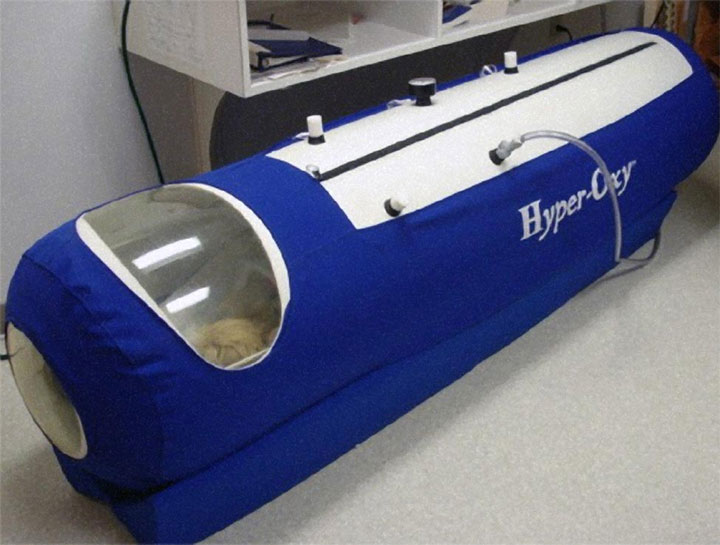